food to peel
good about

This cinnamon spiced apple and pear crisp is not only delicious and smells like fall, but it’s also super easy to make! Vegan, gluten, refined sugar and oil free, this autumn favorite is not only yummy, but a healthy fruit filled dessert perfect for the season! Made even better topped with vegan vanilla bean ice cream! 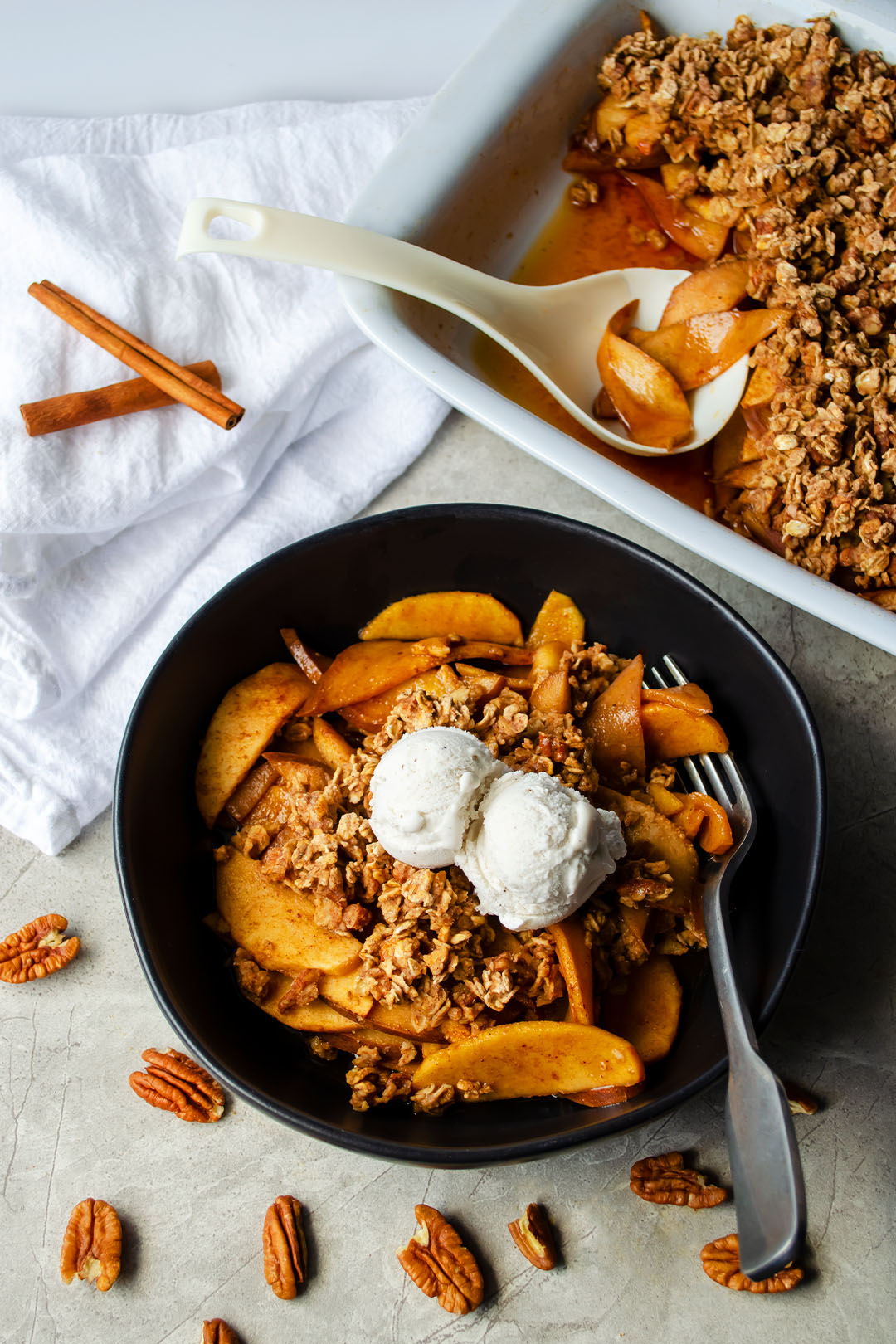 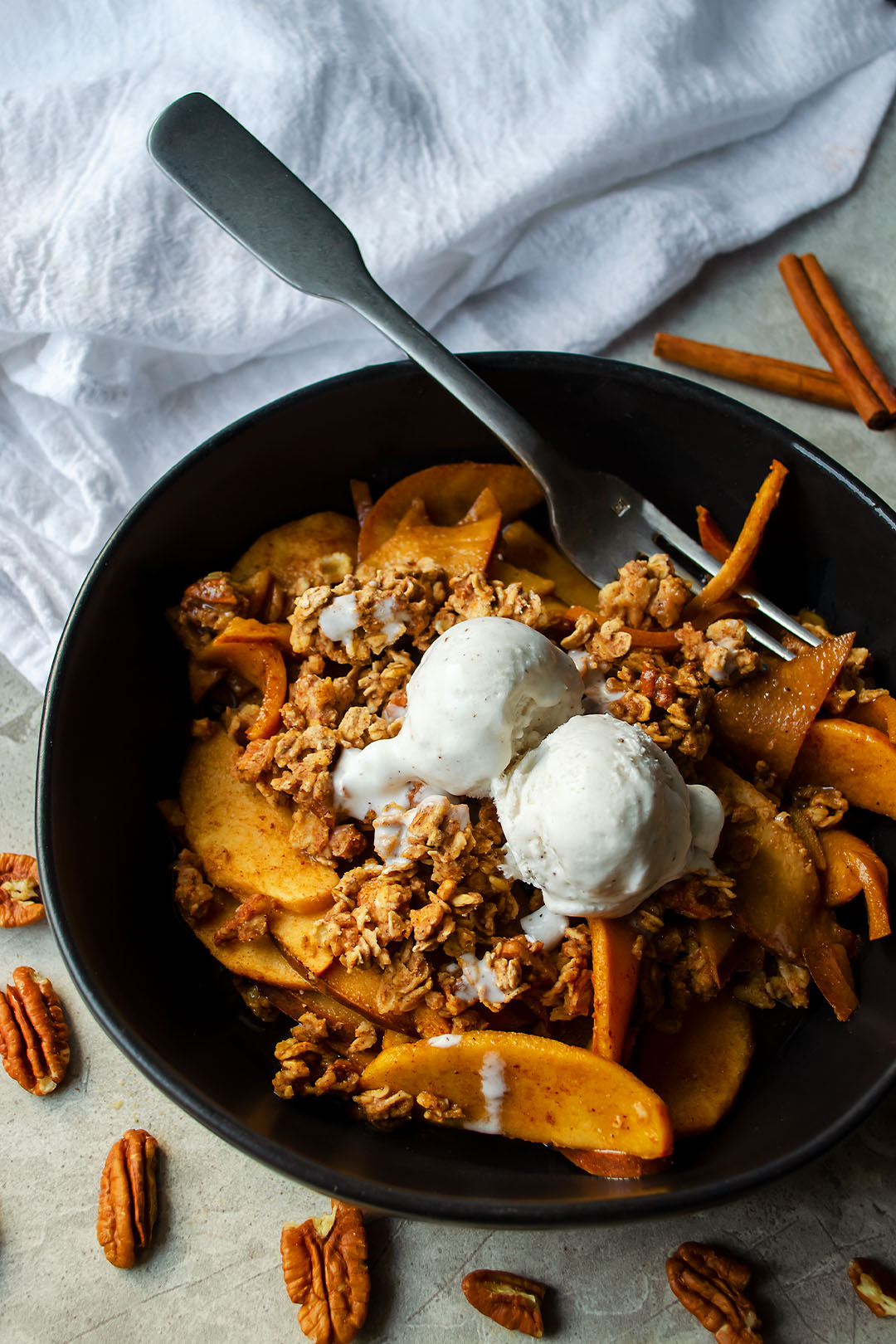 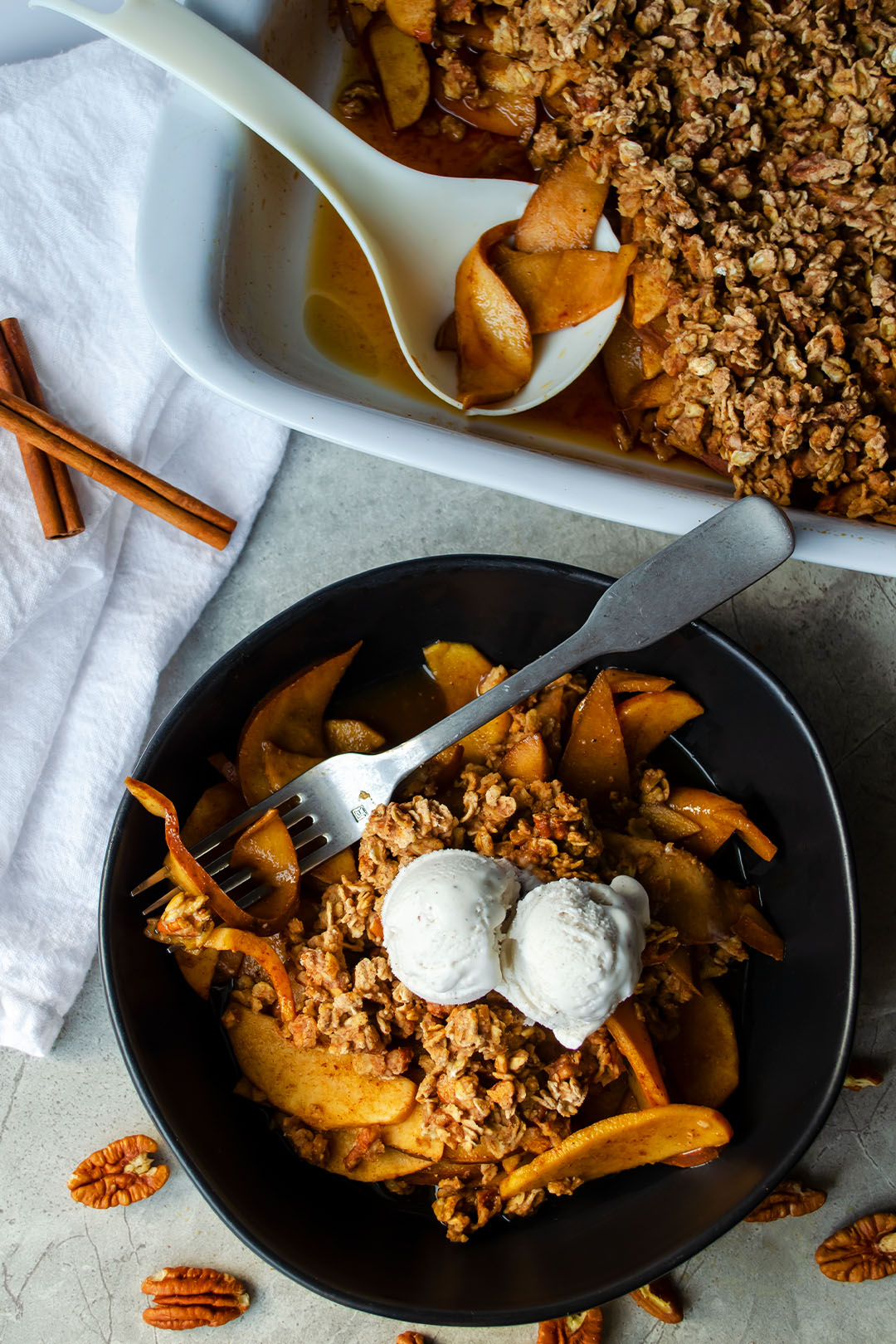 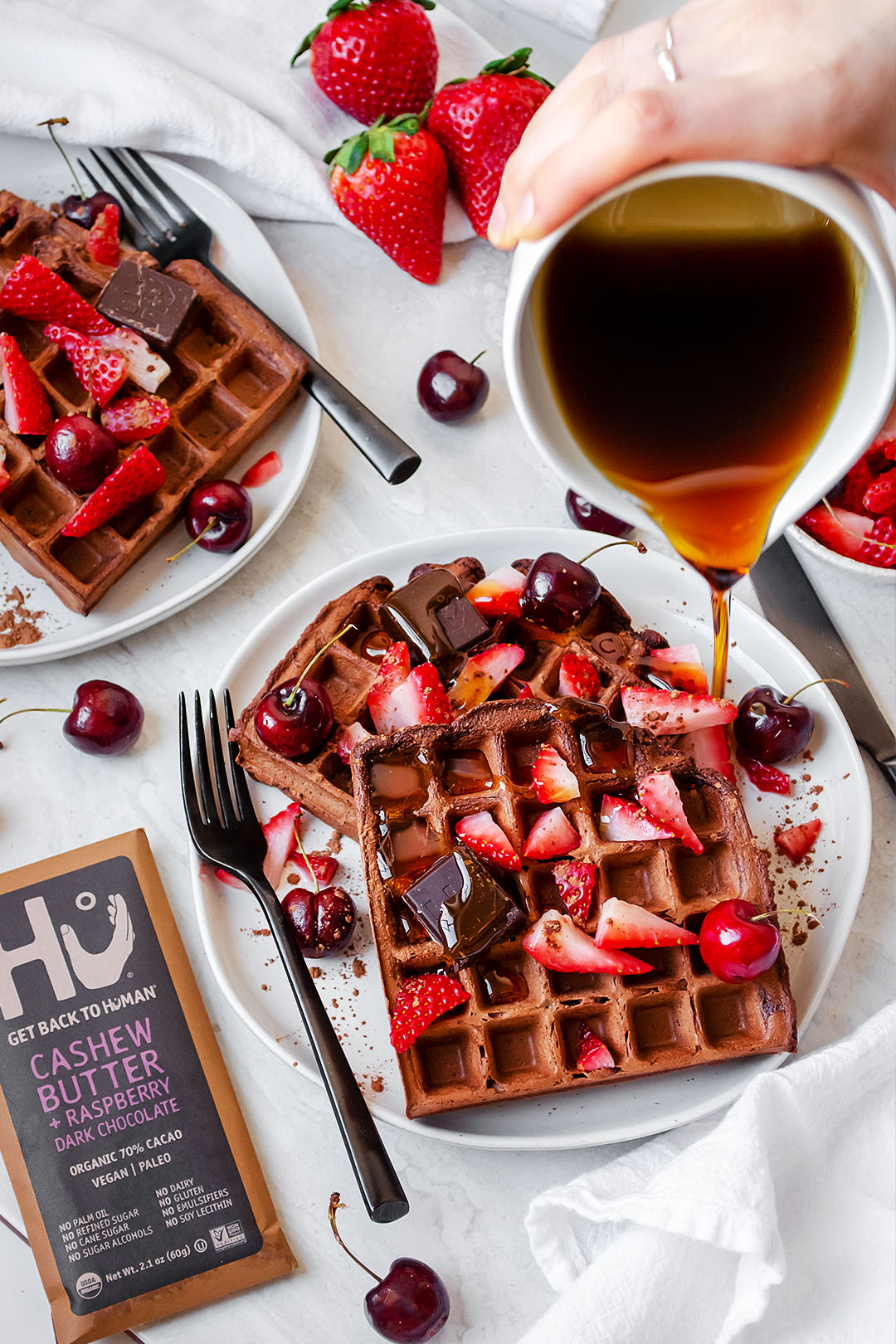 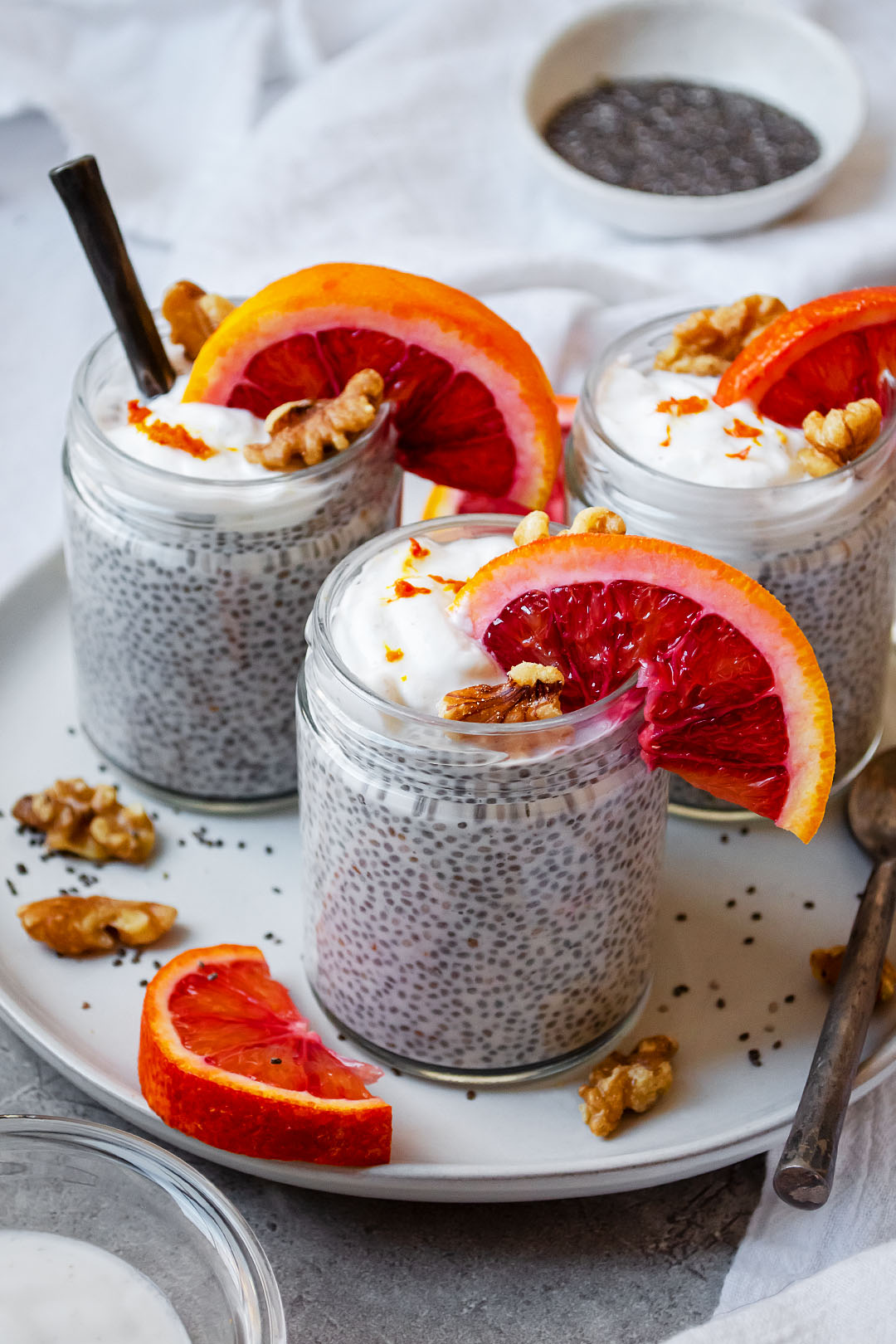 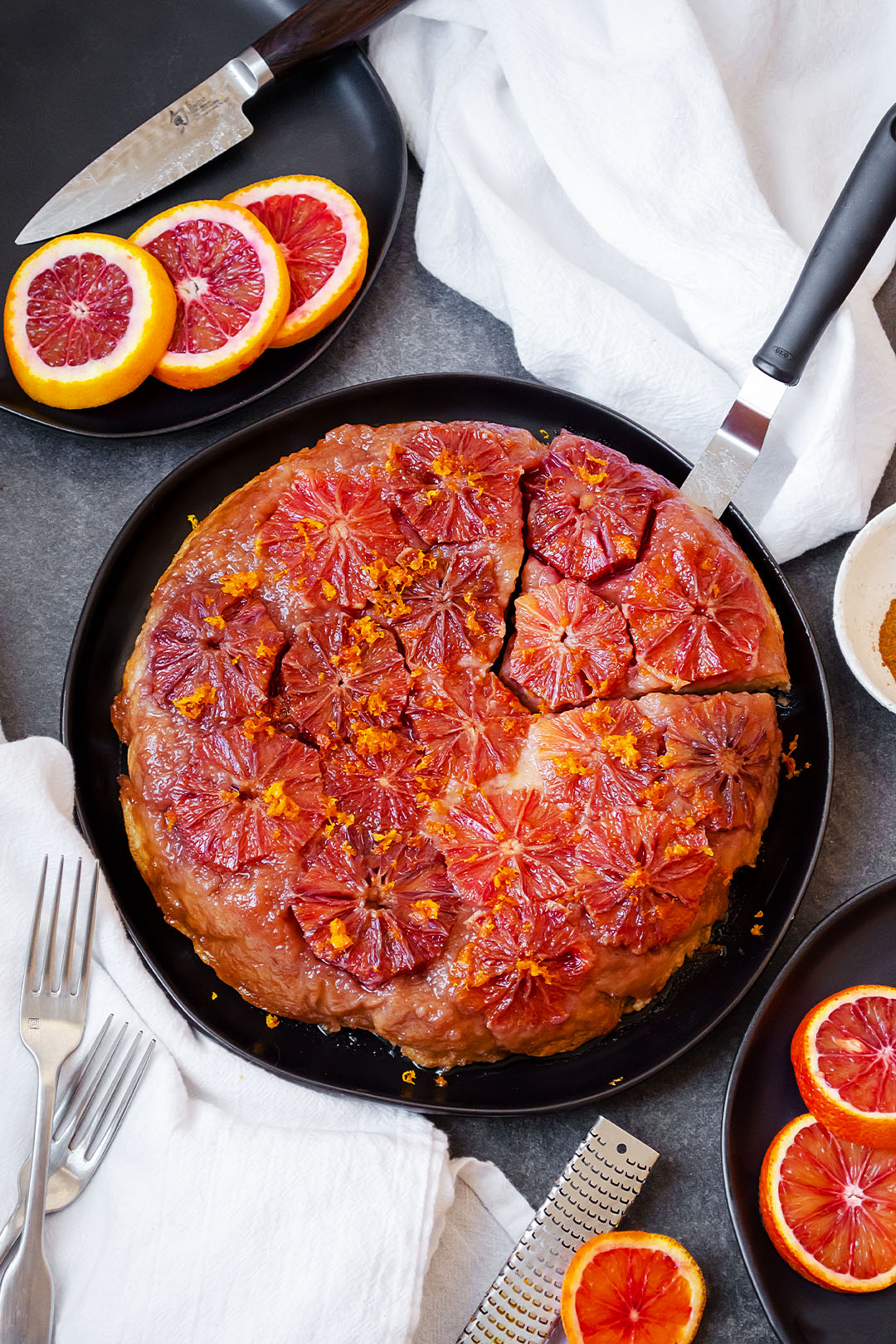